The radical youth movements of the 1960s and ’70s gave rise to both militant political groups ranging from urban guerrilla groups to autonomist counterculture, as well as radical media, including radio, music, film, video, and television. This book is concerned with both of those tendencies considered as bifurcations of radical media ecologies in the 1970s. While some of the forms of media creativity and invention mapped here, such as militant film and video, pirate radio and guerrilla television, fit within conventional definitions of media, others, such as urban guerrilla groups and autonomous movements, do not. Nevertheless what was at stake in all these ventures was the use of available means of expression in order to produce transformative effects, and they were all in different ways responding to ideas and practices of guerrilla struggle and specifically of guerrilla media. This book examines these radical media ecologies as guerrilla networks, emphasising the proximity and inseparability of radical media and political practices.

‘Michael Goddard is the consummate intellectual crate digger. Here he unearths some secret seventies classics that will blow your mind, maybe blow up some buildings, and definitely blow the dust from any settled notion of media.’ – Professor Matthew Fuller, Goldsmiths, University of London 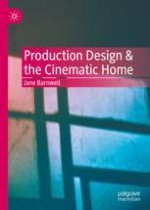