Sunil Gupta is a Visiting Professor of Photography at UCA, Farnham, and Visiting Tutor at the Royal College of Art, London. He has been involved with independent photography as a critical practice for many years focusing on race, migration and queer issues. He was an active participant in the ‘Black Arts’ movement in the UK in the 1980s and a co-founder (1990) of Autograph-Association of Black Photographers, London, and a holder of one of the two founding curatorial franchises of INIVA in London. Operating under the name of OVA he researched and produced a number on international exhibitions of contemporary art focusing on post-colonial issues from 1993 to 2004. His latest show (with Charan Singh), “Dissent and Desire“ will be at the Kochi-Muziris Biennale, Kochi, India 2018 and his last book is “Christopher Street 1976” Stanley Barker 2018. His work has been seen in many important group shows including “Paris, Bombay, Delhi…” at the Pompidou Centre, Paris 2011 and is currently on show at the Tate Modern, and Tate Britain. He i He was Lead Curator for the Houston Fotofest 2018. His work is in many private and public collections including; George Eastman House (Rochester, USA), Tokyo Metropolitan Museum of Photography, Royal Ontario Museum, Tate, Harvard University and the Museum of Modern Art, New York. His retrospective show will open at the Ryerson Image Centre, Toronto in January 2020. 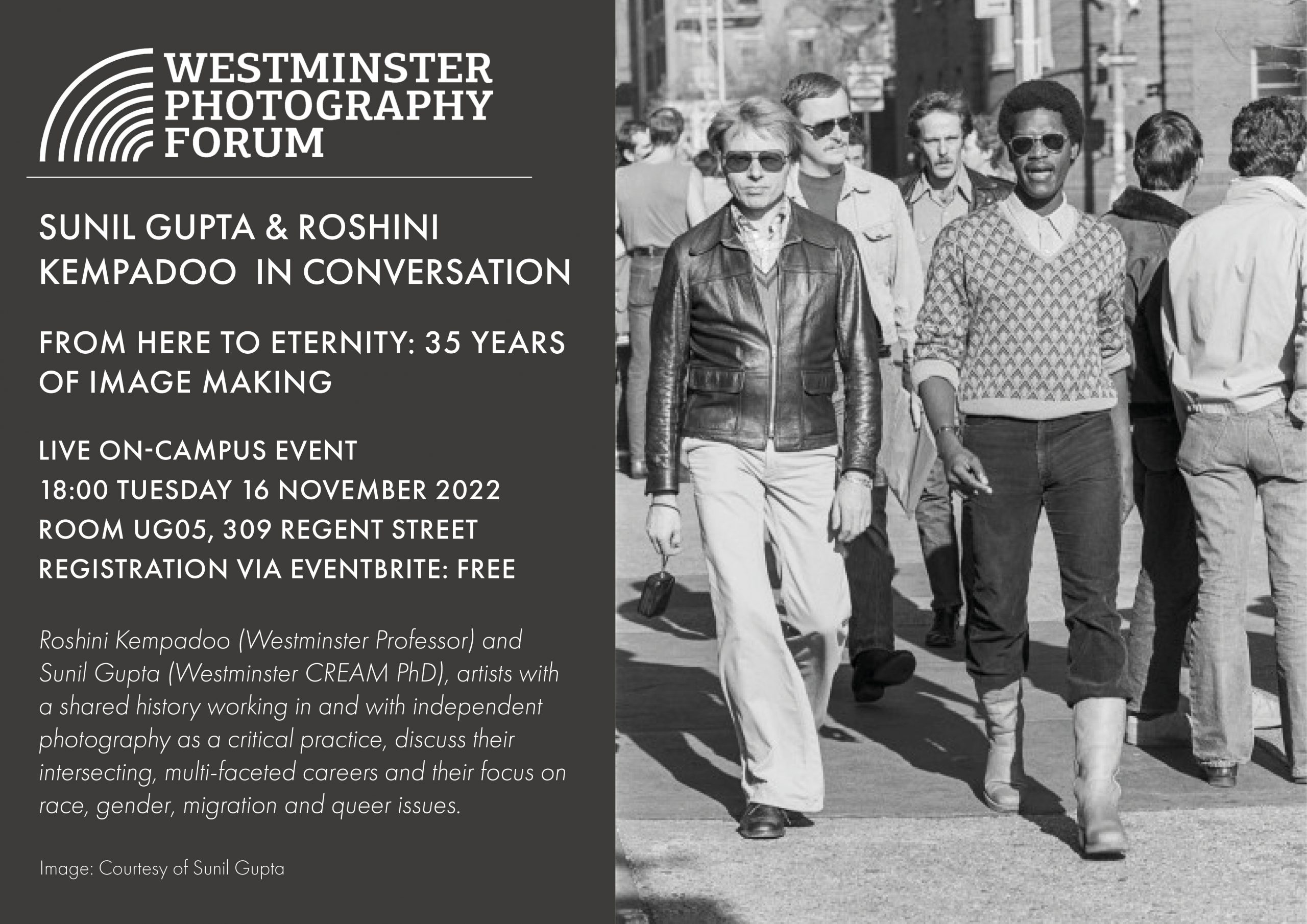 Sunil Gupta and Roshini Kempadoo in conversation, From Here to Eternity: 35 years of Image Making